Gaetano Mura - Past The Equator
Italian solo sailor Gaetano Mura, on board his Class40 Italia, has crossed the Equator. 18 days after the start from Gibraltar, the round-the-world record attempt by the sailor from Sardinia, gets onto a new phase. From now on his route will go deep down into the Southern Atlanticand towards the next crossroad: sail past the Cape of Good Hope and into the Indian Ocean and the Southern latitudes.

"The passage of the TCZ was especially easy, we never really stopped. Our strategy paid off and we managed to find a canal where wind was never totally absent. I'm especially happy because deciding to stay on the 27 degrees latitude, we skipped the windless area and we made excellent progress. The mos perturbed area was more north than our route. Since lat night we have entered a new flow of trade winds and we are sailing upwind with some 20 knots, in a pretty choppy sea. Poor Italia and myself are beating on every wave. The air is very hot and everything on board is wet and salty, bit this the life at sea, isn't it? There will be better days and we need to resist waiting for the expected wind shift, then we will be able to ease the lines and put more pressure on our sails."

Gaetano Mura's route can be followed via the tracking on his official website: www.gaetanomurarecord.com/la-rotta/

Thomson First Into Southern Hemisphere
Alex Thomson lead the eighth edition of the Vendee Globe solo non stop around the world race into the Southern Hemisphere when he crossed the Equator at 1905hrs UTC this Tuesday evening. The solo skipper of Hugo Boss sets a new reference time for the passage from Les Sables d'Olonne of 9 days 7 hours and 3 minutes. This betters the 2004 passage time of Jean Le Cam by 1 day and four hours.

For the seven frontrunners, the Doldrums are in their wake. But further back, there are races within the race. They still have the Doldrums to deal with and the fleet is likely to stretch out over the coming days.

Enda O Coineen (Kilcullen Voyager Team Ireland): "Upfront Alex Thomson seems to be pulling clear, I would love him to win. Back here, we're happily moving along on a more leisurely fashion. I think my detour around the Canaries did not help - together with sail problems. Also being away from the fleet, one possible explanation is tha I have been sailing at slightly wider angles. The next big decision is to whether to take a course straight through the Islands (Cape Verde) or gybe and go more west where the wind angles and breeze could be a bit better - though since I will hit the island durning the day, the scenic route may be more interesting."

Warm weather and hot competition are what you can expect at the St. Thomas International Regatta, set for March 24-26, 2017.

Entries sizzle! New are Melges 20 and C&C 30 one-design classes. The island-grown IC24s are forecast to break participation records. Four Gunboats - Arethusa, Elvis, Fault Tolerant and Flow, plus the U.S. Virgin Islands' built Bieker 53, Fujin, and brand new HH66, Nala, make STIR one of the few Caribbean regattas to host these vessels. Enter now! The race for the podium in March will be a scorcher.

Visit once, race twice! The 2nd Annual Round the Rocks Regatta on March 23 is a great chance to take the temperature of the competition and take home prizes too.

The Kiteboard Wars
From World Sailing:

World Sailing, the world governing body for the sport, the International Kiteboarding Association (IKA) and the Global Kitesports Association (GKA) have today signed an important memorandum of understanding to record a new governance structure for Kiteboarding.

As part of World Sailing's responsibilities, it seeks to protect the rights of all Kiteboarding stakeholders by ensuring that events take place within the structure of the rules are run to the appropriate standards for the benefit and protection of riders.

The IKA will under World Sailing's Constitution and Regulations remain fully responsible for the racing, first past the post, disciplines of Kiteboarding.

From the International Federations of Kitesports Organisations:

The International Federations of Kitesports Organisations (IFKO) has accused World Sailing of fraudulent governance over the sport of kiteboarding.

Diogo Paes Fernandes, president of IFKO, says that World Sailing has illegally taken over kiteboarding and is already taking legal steps to put an end to what he consider a "fraudulent governance."

"Competition, credibility, and athletes have suffered for several years from a variety of power struggles, directly or indirectly caused by the misappropriation of kiteboarding under World Sailing," says Paes Fernandes.

"Having investigated the various processes, IFKO classifies the current situation as fraudulent and will do everything possible to ensure this is resolved, and the sport of kiteboarding and all its disciplines are allowed to stand on their own, in a right and proper manner."

The written statement released by IFKO also stresses that World Sailing and the International Kiteboarding Association (IKA) have chosen to "publicly attack our efforts with a continual barrage of derogatory comments and announcements."

Paes Fernandes considers that riders must be unconditionally free to participate in any national or international competitions without fear of penalties from organizations or sponsors.

"There is also a request for a rivalry clarification meeting with SportAccord, and the Alliance of Independent Recognised Members of Sport (AIMS) accepted mediation. World Sailing didn't answer. However, IFKO is already taking legal steps to bring   this big campaign of governance to an end. Facts and sports ethics will prevail," adds the IFKO president.

"Bermuda is a beautiful place to sail, especially in the middle of November when everyone at home has already put away their boats," said PRO Stuart, "and it's nice to have such a large turnout of Vipers down here in Bermuda."

"Since the founding of the CCA, in 1922, there has been an inherent interest in the development and maintenance of handicapping systems," explained CCA Commodore James Binch of New Canaan, Conn. "Beginning in 1926, and forming what is now called the Bermuda Race Organizing Committee in partnership with the Royal Bermuda Yacht Club, there has been a need for the CCA to be intimately involved with small yacht handicapping and give it support."

ORA Executive Director Bjorn Johnson (Newport, R.I.) is gratified to be working in partnership with the CCA for the continued improvement of the ORR handicap system.  "This generous grant will enable us to not only continue research but also implement cutting edge technology so that ORR can maintain its status as the best Velocity Prediction Program available for sailors' use worldwide," said Johnson.  "ORA Technical Director Jim Teeters (Middletown, R.I.) is working with his team to complete an improved version of ORR for 2017 and into the future, making the best rule even better."

Seahorse December 2016
What's in the Latest Edition Of Seahorse Magazine 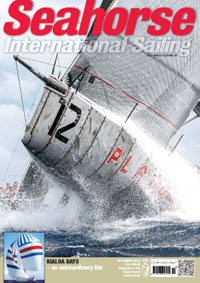 Now that's trickledown
Richard Jenkins has travelled from a quirky sailing project to a world land speed record and now on to Norton Sound in Alaska...

Pure energy...
Something that Slovenian Mini 6.50 veteran and boatbuilder Andraz Mihelin has in spades. He talks boatspeed with Oyvind Bordal

Relentless innovation
UBI Maior Italia not only come up with clever new stuff, they are also not shy of leaning on the best lessons from the past to do it

World Sailing - President Andersen Pushes Pedal To The Metal
'Our new World Sailing Board representation is reasonably broad and that is pleasing.

'The Asia Pacific is covered and obviously Europe and the America's but not Africa. That is a very important area for us to develop and I had hoped we'd have Africa represented on the board but that is politics and you cannot always manage that.

'Now we have a great deal of work to do. Andy Hunt, the CEO of World Sailing is coming to Copenhagen this week and we will get our heads around World Sailing and each other and how we can best operate together.

'We are going to engage with the whole World Sailing team to make sure we are running at speed and we are using these our most valuable resources in the right way.

'Then as soon as possible the Board will get down to the very important decisions that we have to make regarding the Olympic classes.

'We need to produce documents explaining the whole event for 2020 which means we need to talk about formats and scoring systems and presentation and again a lot of issues concerning all the emerging nations programs that are going on.

'We will be contacting all the MNA's asking them to provide their input adding their priorities going forward so that by May 2017 we can all be on the same page. -- Rob Kothe, the Founder and former Publisher and Managing Editor of the Sail-World.com network 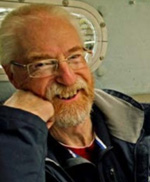 Mr Jarman, 65, was based in West Mersea and was the inspiration behind East Coast Pilot (ECP) the yachtsman's guide to the waters of the greater Thames Estuary.

He began his career on Motor Boat and Yachting before moving to the cruising magazine Yachting Monthly as features editor. He turned freelance in 1979 and set up a syndicated news and feature service for boating magazines worldwide. At its height Eyeline contributed to every major boating magazine.

Mr Jarman teamed up with fellow photojournalist Philip Dunn to start the magazine Sailing Today in 1997 going on to launch the first internet sailing magazine.

Mr Jarman's first book, Coastal Cruising, was published in 1975 and was followed by many more books covering various aspects of sailing and seamanship including his most popular, Knots in Use, that is now in its fourth edition and available in several languages including Russian.

In a tribute to the author and journalist, co ECP authors Garth Cooper and Dick Holness said: "Colin's death at this relatively young age is a tragic loss but we will carry on his legacy into the future. As a close friend he will be sadly missed. His wise counsel and vision were crucial to the immediate success of East Coast Pilot."

A spin-off from ECP was Imray's Where Land Meets Sea, a largely aerial view of England's East Coast.

"Hundreds of both local and visiting yachtsmen are grateful for the foresight and vision that prompted Colin to establish ECP. Of all the yachting publishing ventures we looked at, ECP is the one that gave us the greatest satisfaction and enjoyment," added Mr Cooper.

Ker effected an IRC revolution when his relatively lightweight Ker 40s started cleaning up two years ago. This is the latest evolution of the marque.

ICE FIRE can now be obtained. She is a 2007 King Marine built TP 52 that was the last BRIBON, built for the King of Spain. Very successful on the Med circuit in 07/08/09, she came over to the States and as FLYING JENNY was very successful at all the NYYC annual regatta's, Block Island race week and NYYC race weeks. Since 2012, she has been ICE FIRE, and she was successful going to Montego Bay ( 2nd overall 2nd fleet in 2013) and won the 2012 IRC championship in Annapolis and that again last Fall (2014)

The Last Word
I like crazy people, especially those who don't see the risk. -- John Lydon